Skip to content
HomeUncategorizedDrugs In Hawaii Prisons: 'We Are Swimming In Spice, And Nobody Cares' – Patch

By Kevin Dayton, the Honolulu Civil Beat
March 16, 2022
Staff and inmates at the state’s largest prison say prisoners there have easy access to a dangerous synthetic drug known as “spice” that has already caused the deaths of two inmates.
Spice is also being blamed for an incident last fall in which seven prisoners became unconscious and had to be rushed to local hospitals.
Inmates at Halawa Correctional Facility eat paper that has been treated with the chemical, or they burn the paper and inhale the smoke to get high, according to corrections officials. Staff report they often smell smoke in the prison modules that they attribute to inmates who are using the drug.
Lighters and matches are considered contraband because the prison does not allow inmates to smoke, which raises questions about how prisoners are able to obtain the drugs, and how they obtain the matches or lighters they need to use them. Visitors have been banned from the facility during the pandemic.
Staff who spoke on condition that they not be identified allege the security staff at the prison has done little to crack down on what has become obvious, rampant drug use, and estimated that a dozen inmates a month are being referred to the prison medical unit because of suspected spice use.
“We are swimming in spice, and nobody cares,” said one member of the prison staff. 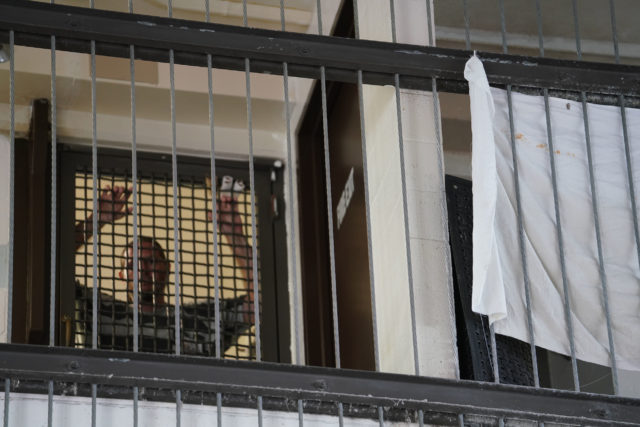 The autopsies for the two inmates who died at Halawa from toxic reactions to spice describe it as one of a class of “designer drugs” that first became popular about two decades ago. It stimulates the same cannabinoid receptors in the brain that are affected by marijuana, but spice is far more dangerous.

Spice use “has repeatedly been reported to produce serious adverse health effects, including but not limited to hallucinations, agitations, delirium, cardiotoxic effects, lethargy, coma, seizures and death,” according to the autopsy report.
The autopsies by the Honolulu Medical Examiner attribute the death of 38-year-old Halawa inmate Kanikahekili Cuizon on July 15 to spice toxicity, and say spice also caused the death of inmate Noa Mamala at Halawa less than eight weeks later.
The report on Mamala, 30, shows he was also ill with Covid-19, but the coronavirus is not listed as a cause of death. Mamala died at Halawa on Sept. 9.
Spice was also blamed for an incident weeks later when seven inmates lost consciousness at Halawa on Sept. 16 and were rushed to local hospitals. One staff member described it as the largest mass collapse of inmates at the facility ever, and the department said in a written reply to questions that the incident was blamed on “drug intoxication.”
Honolulu police and the Department of Public Safety Narcotics Enforcement Division were notified of that incident and an internal investigation was also launched, but department spokeswoman Toni Schwartz said in a written response to questions that the “case is under investigation so there is nothing more the department can divulge at this time.”
Tommy Johnson, Department of Public Safety’s deputy director for corrections, said in an interview in late December that prison officials are doing a “pretty good” job of keeping drugs out of state prisons, and said the state is considering purchasing “drug detection machines.” But he acknowledged staff are sometimes involved in the drug trade..
“Unfortunately when the drugs get in, because they’re worth so much money on the inside, then it becomes lucrative, and so we have to worry about from time to time staff may be involved in smuggling drugs into the facility, because if you’re going to get paid $2,000 or $5,000 for taking a small amount of drugs in, some people will take that opportunity, unfortunately,” he said.
Johnson said he believes prison gangs attempt to control the flow of drugs, and the “prevalence in drugs in the facilities” has made the problem of prison gang activity worse.
He also said spice is seen a a particular problem because “the inmates don’t know what they’re going to get, you don’t know how strong it is” when they take a dose. 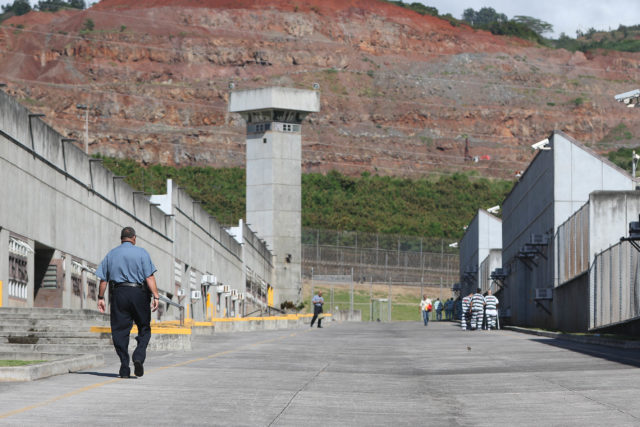 Use of spice at Halawa has even triggered complaints from some inmates, who have become upset at times when users exhibit bizarre behavior that causes tension among prisoners, or when users vomit from the effects of the drug.

Staff said it is extremely difficult to gauge exactly how common spice use is, in part because spice cannot be detected with ordinary drug screens that detect more common street drugs such as methamphetamine, opiates or marijuana. That makes it popular with prisoners, who are less likely to face administrative punishments if they don’t test positive.
Staff said they also believe the inmates have refined the dosage since the Sept. 16 incident when seven people passed out.
The prisoners who are identified as likely to be using spice are those who are unresponsive or exhibit odd behaviors that suggest drug use. Other inmates may also be using, but are unlikely to be caught if they are able to act more normally, staff said.
Kat Brady, coordinator of the Community Alliance on Prisons, said she was told that some staff in the department believed the drug was being smuggled into the facility via inmate mail, and some staff attempted to photocopy inmate mail so the inmates could be given copies instead of the original letters.
The department declined to respond directly to that account, saying only that the department is “looking into measures that prevent contraband from coming in through the mail, including photocopying incoming mail.”
“Contraband is an on-going battle for correctional facilities across the nation,” Schwartz said in her statement. “The Department of Public Safety (PSD) works hard to monitor and eliminate contraband pathways. It is a continuous effort that is prioritized to ensure the health, safety and welfare of staff, the community, as well as the inmates.”
She added: “PSD works with federal, state and county law enforcement and prosecutorial partners to bring those who violate this law to justice.”
Schwartz also did not respond to specific questions about the staff reports that spice use has become common inside Halawa, and did not respond to questions seeking information about anyone who may have been charged in connection with spice use or smuggling.
She also did not respond to questions about how inmates could be obtaining matches or lighters.
“Drugs of all sorts from marijuana to spice have been found over the years,” Schwartz wrote. “For operational safety and security reasons the Department cannot disclose information related contraband pathways or investigations into these pathways but can say that there are numerous ways that people attempt to introduce contraband into the correctional facilities.”
“Staff work very hard to monitor and eliminate contraband pathways,” she said in her written statement.
Honolulu Civil Beat is dedicated to cultivating an informed body of citizens, all striving to make Hawaii a better place to live. We achieve this through investigative and watchdog journalism, in-depth enterprise reporting, analysis and commentary that gives readers a broad view on issues of importance to our community.
To request removal of your name from an arrest report, submit these required items to arrestreports@patch.com.