Skip to content
HomeUncategorizedPunjab's Drug Tragedy Spirals Out – The Citizen

6 March 2022 11:48 PM
RAJEEV KHANNA | 6 MARCH, 2022
Survey finds HIV widespread in the state, crime on the rise
Unlike the last occasion, the all important issue of substance abuse was majorly missing from the poll narrative of various political parties in Punjab. There were only passing references to the issue much to the chagrin of people who continue to reel under the menace and see the youth perish.

One just had to mention the issue in the run up to the polls and people’s angst would pour out. The level of disillusionment can be gauged from the statement of a shopkeeper in Patti, Tarn Taran which has become infamous for the rampant drug menace there.

“This problem cannot be resolved. We have simply lost hope as those who can turn things around are simply not interested. It is left to the people if they can keep their children from getting hooked to chitta,” he said, talking of the most common synthetic drug causing a crisis of addiction in Punjab.

Another elder from the town pointed out, “Does anyone care about the dozens of youth we have cremated after they died because of drugs? It is not that the deaths have stopped.”

The fact is that the problem remains where it was five years ago when Amarinder Singh, then with the Congress, had taken a vow with ‘Gutka Sahib’ in his hands to end the menace within six weeks of coming to power.

In fact, people like Mohan Sharma of Sangrur who has been working on various aspects of the drug problem for almost two decades point out, “The problem has been on the rise. The element of crime has been increasingly added to it for the simple reason that one needs thousands of rupees for obtaining small doses of chitta.”

“In the run up to the last elections I myself saw women confront the politicians seeking votes to give them white scarves meant for widows since they were unable to check the spread of the problem. Even men would confront them demanding the expansion of grounds to cremate the ever increasing number of dead bodies of youth falling prey to chitta. But nothing of the sort was visible this time,” said Sharma.

A comment from a rickshaw puller in Amritsar put things into perspective. “Nobody is interested in putting an end to the problem for the simple reason that there is a lot of money to be made. Who cares for the ordinary youth perishing anyways?”

Now the moot question is whether people see any hope from the next government assuming office soon.

Mohan Sharma feels, “If they are genuinely concerned they will appoint honest and sincere officials in both the Police and Excise departments and give them the task to tackle the problem in a time bound manner.”

Meanwhile, the Post Graduate Institution of Medical Education and Research (PGIMER) in Chandigarh has come out with a road map for the prevention and control of substance use in Punjab. Its report was the outcome of a request by the outgoing Punjab government and incorporates a few interesting case studies from various parts of the state.

According to the report, “The projected number of overall substance use in Punjab is 15.4%. Translating it to the absolute numbers, more than 3 million people in Punjab are currently consuming one or the other kind of drug, mainly among the men.

“The latter are largely a class of pharmacological or prescription drugs being used illicitly. There is also a large number of injecting drug users in the state with high prevalence of HIV (19.5%) in a recent survey.”

The easily comprehensible document provides basic information on various types of drugs and their effect on the body along with the impact of substance abuse on teens, younger and older adults. It has comprehensive information on developing strategies of prevention and control of substance abuse and implementation guidelines with the estimated budget required for a five-year plan.

It lists out provisions for setting up state and regional resource and training centres in a decentralized manner. Service delivery under the plan covers the village, block and district levels and can be evaluated every five years. Thus the plan itself is a self-sustaining strategy, which will work towards supply, demand and harm reduction measures.

Lead author Dr JS Thakur of the PGIMER’s department of community medicine told The Citizen that there is a need to implement the road map at the earliest to tackle the problem which “gets highlighted only during the polls.”

“There is a need for demonstration of administrative and political will. The roadmap lays adequate focus on prevention and control,” he said.

“Do we wait for people to become addicts?” he asked, explaining that timely intervention is the need of the hour.

Demand reduction can be achieved by reducing the public desire for illegal or illicit drugs. De-addiction services are also contributing to demand reduction measures.

Harm reduction or minimization tends to include a range of public health policies designed to reduce the harmful consequences associated with various human behaviours, both legal and illegal.

It is pointed out that curative services alone are not enough to break the chain of supply and demand.

The road map advocates introducing life skills education in colleges and schools. It also emphasizes a peer group approach in educational institutions which is an effective way to motivate adolescents and young adults.

Since the focus is on prevention, the report’s life-cycle approach caters to individuals of every age group.

“The role of the Education Department is the most important. The focus has to be on enhancing the capacity of the youth. At the same time the youth are to be empowered to the stage where they say no to drugs. Periodic evaluation and follow ups can go a long way in dealing with the problem,” Dr Thakur added.

It remains to be seen whether the new government takes up the challenge and shows the grit to do away with the menace by implementing this roadmap. 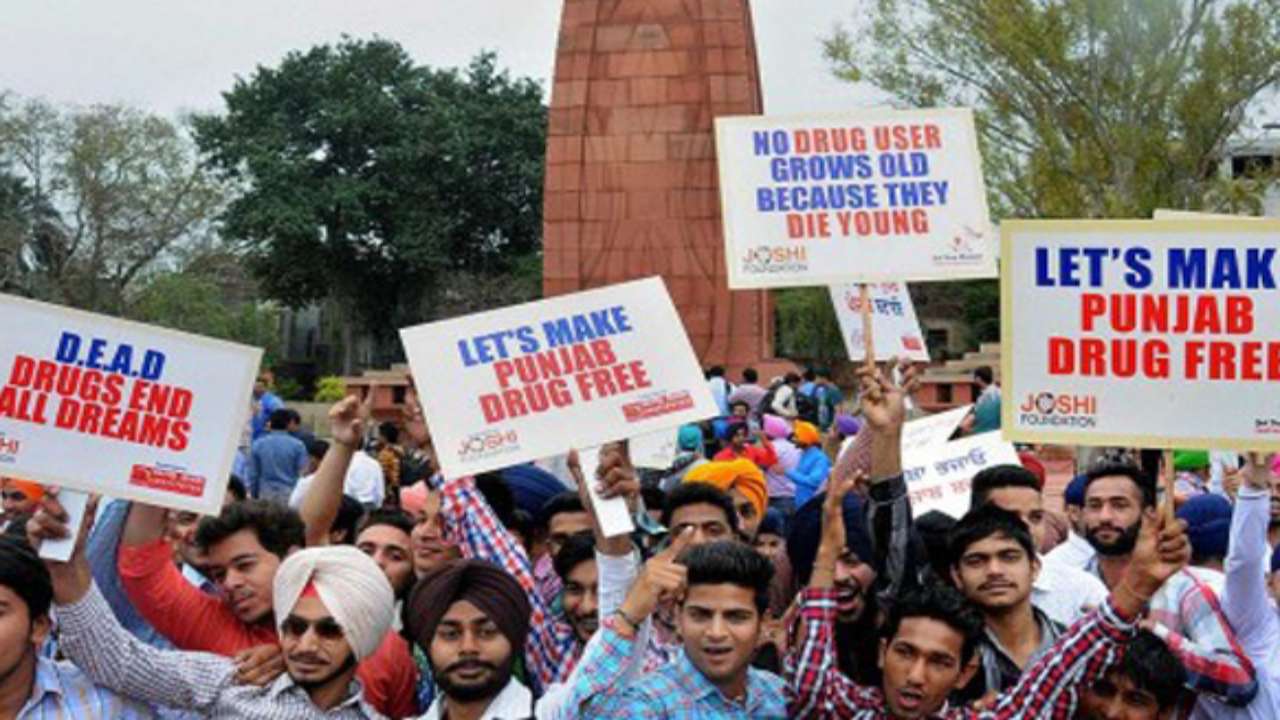